Doctors have a greater role than treating patients and saving their lives. They can make a great difference in the community by playing an exceptional role. Doctors are usually taking as saviors who help you in recovering from a major accident or any disease. They also play a vital role in rapid recovery. In addition to it, doctors can play a great role in making difference in society. Few of their roles are mentioned below in this article:

Doctors play an important role in helping people recover from various diseases but they play an even more significant role by introducing preventive programs. Vaccines for various diseases are due to the exceptional efforts of doctors and one of the many ways to serve the community. Getting sick is one thing and preventing a certain disease or restricting its growth is another thing. Doctors play a great role in this regard and they remain proactive in such programs. Preventive medicine has become a significant thing in the medical field and most of the doctors are working on such medicines. Doctors operating in developing countries get great exposure in this regard.

The Internet has made this age a fast world and now most of the people consult Google for various problems. The Internet has become a source of information for everyone but there are still many people who have no internet access. In such cases, doctors can play an exceptional role in letting people know the importance of various health issues and how they can be dealt with by simple treatments. Dealing with pandemics is a great example that can be quoted here. As a matter of fact, doctors can help people in understanding the importance of food intake and how it can help them in maintaining great health. Doctors can also guide them well regarding how to lead a healthy life.

Doctors play a pivotal role in devising health policies and these policies have a great impact on the wellbeing of the entire society. Therefore, doctors must act together while devising great health policies. 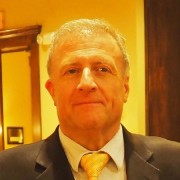 Alan L. Melotek is a family medicine doctor. He has been serving at Boca Raton, Florida since 1992. He sees multiple patients every day.

Exceptional Role of Doctors in Community Work!unratedAlan L. Melotek2019-02-11 02:37:39Doctors have a greater role than treating patients and saving their lives. They can make a great difference in the community by playing an exceptional…